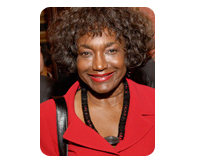 The mission of The Susie Reizod Foundation is to provide new shoes to children in
need. During the past few years, we expanded our services to include a variety of
programs, including educational support such as new backpacks and new shoes for
school-aged children in need, provision of other school supplies, and financial
support for special projects.

We serve boys and girls in need, aged newborn to 18 years old, who reside in poor
urban and rural areas of the United States and developing countries, regardless of
race, ethnicity, religion, language, sexual orientation, or physical ability.

Internationally, we choose geographic areas that have been devastated by natural and man-made disasters (e.g., typhoon, hurricane, tornado, drought, earthquake, flood, war, bombing, ethnic cleansing, genocide, or dire poverty). The children targeted by our shoe donation project are witness to family death, low literacy, relocation, malnutrition, and HIV disease. Many of them are refugees. Many of them are AIDS orphans. Many of them are functioning at poor academic levels. They need shoes for school and play.  Many of them have no shoes, have holes in their shoes, wear sandals (even in cold weather), use rags to wrap their feet, or walk barefoot.

Within the United States, we target communities with low-income populations that are hardest hit by economic crises. Many of the families are unemployed or under-employed. Their wages have not kept up with the increase in the cost of health care, food, transportation, housing and utilities. In addition, many of the families are still recovering from the devastating impact of several tropical storms and severe winters. The families find it difficult, and sometimes impossible, to provide decent shoes and other school items for their children. They count on The Susie Reizod Foundation for help.

During 2020, we will continue to serve children in need in the United States and developing countries.