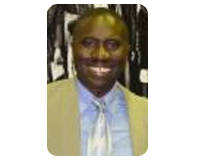 Jamal is a 1990 graduate of SUNY at Oswego with a BA in communications. He is a Writer/Director/Producer of several short films. Jamal is an Editor of a variety short film documentaries and narratives for news and entertainment broadcasting companies like BET, PBS and Spike-TV.

He is the editor of the film, The Savoy King: Chick Webb & The Music That Changed America. Although he has worked in the editorial field for the past 17 years, The Savoy King, is his first feature-length documentary.

Early in his career, El-Amin worked as an assistant editor, mainly in feature films. He has worked with such famed directors as Spike Lee and Woody Allen and his work and credits are listed at the Internet Movie Database.

Over the last five years, he has worked as an editor in the documentary arena including many different PBS broadcast shows, such as NOW on PBS and Bill Moyers: On Faith and Reason.